Germanwings Successfully Down the Memory Hole?

In what we in the U.S. call “general aviation” (GA), pilot suicides are rare, but not unknown. In most cases of a GA pilot suicide, the only person who dies is the pilot. It’s true we wouldn’t want a lot of untrustworthy pilots to populate GA, but when one of them decides to end it all in the airplane, the damage is limited. What has captured the imagination of most people is the possibility of an airline pilot doing it and taking everyone along for the ride.

I’ve written about the road that civilian and military pilots must take to earn a pilot job at a major U.S. airline. It’s a long road; there are pitfalls along the way. In my experience (Navy fighter pilot), I can remember two fellow student Naval aviators dying quite unexpectedly during intermediate training in a Navy T-2 Buckeye training jet. One died by losing control of his jet during out-of-control spin training; the other when he stalled his airplane attempting to land on the carrier during carrier qualifications. Both men were honorable; they died serving their country. 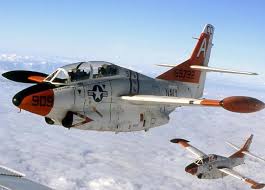 Along the way in my career I have seen pilots removed from the Navy fighter pipeline for: failing to land on the carrier reliably; ejecting from a flyable, functioning F/A-18 after a short out-of-control episode because of lack of procedures knowledge; hydroplaning off a wet runway, then applying maximum power to the engines after it was stuck (ruining the engines). Again, all honorable men who made avoidable mistakes either in flying skill or procedures knowledge.

But the event that sticks out the most in my mind did not involve an airplane, it involved a car. This car had four student naval aviators inside. It was a Friday afternoon; they had finished their studies and the weekend beckoned. As the approached the main gate to the base, the three passengers were struck by a comedic muse, stripped off their flight suits and mooned the enlisted man guarding the gate. He reported this event to his chain of command.

Let’s cut to the chase: they were thrown out of flight school that week and sent away. I remember the quote attributed to the wing commander who informed them of their fate: “You are probably wondering how this is going to affect your flying careers. Don’t worry. You no longer have flying careers.” With that, they departed to parts unknown within the Navy, to wait out their service commitments.

The wing commander knew right away he did not want to matriculate pilot officers who used bad judgment and set bad examples. These students weren’t, of course, anywhere near as bad as accused murderer Andreas Lubitz. But that’s the point. You can’t come anywhere close to Lubitz’ level of alleged maliciousness and make it through a long, hard slog to become a qualified Navy fighter pilot. It’s the length of the road that forces the weak characters and bad men out; Lubitz wouldn’t have made it to an airline job in the U.S. if he’d manifested his evil intent along the road with fewer than 700 hours of flight time.