Why Christians Should Stop Voting for Republicans

Each of the two major political parties has its bases: the groups of people that provide support to its candidates either via money (the corporate base) or votes (the electoral base). For the Republicans, the corporate base is heavily influenced by the military industrial complex (MIC). The Republican electoral base is profoundly influenced by evangelical Christians. The MIC is entirely dependent on increasing amounts of government spending (foreign and domestic), and, like any special interest, uses its money influence to wing. It loves big-spending, pro-war Republicans. It intends to win. It has a fantastic tool:

Evangelical Christians hate it (with good reason: between 1973, the year Roe v. Wade was decided, and 2011, abortion claimed the lives of 53 million people). To attract their votes, every four years the Republican Party nominates for President a man who claims to be against it (or: “pro-life”). 2012’s version was Mitt Romney, who was not pro-life. See for yourself in this tortuous sequence; Romney was pro-choice when campaigning in liberal Massachusetts, “pro-life” just in time for the 2012 Republican primary, and indifferent to abortion after winning the nomination. 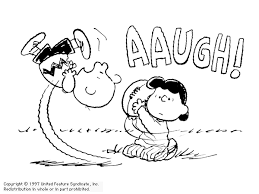 It must be time to vote for President again.

This happens every four years.

It’s embarrassing. It’s also a sin; Jesus commanded us to be as “wise as serpents” when dealing with the wolves found in this world. But in 2012, evangelical churches handed out voter guides suggesting that Romney was “pro-life”. That’s scandalously unwise; in fact it’s plain lazy.

The Republican Party has cornered the market on providing “pro-life” candidates who aren’t. The party (not to say some of its actual pro-life members) doesn’t really want to end or even curtail abortion; doing so would damage a major, and recurring, electoral strategy.