Some Thoughts on Gnosticism

I think that creeping Gnosticism (unintentionally) infects some Christian thinking today. This is a danger. I keep wanting to use this word in my posts, as opposition to Gnosticism is important to me. However, properly defining the term has to come first. Here are four approaches. 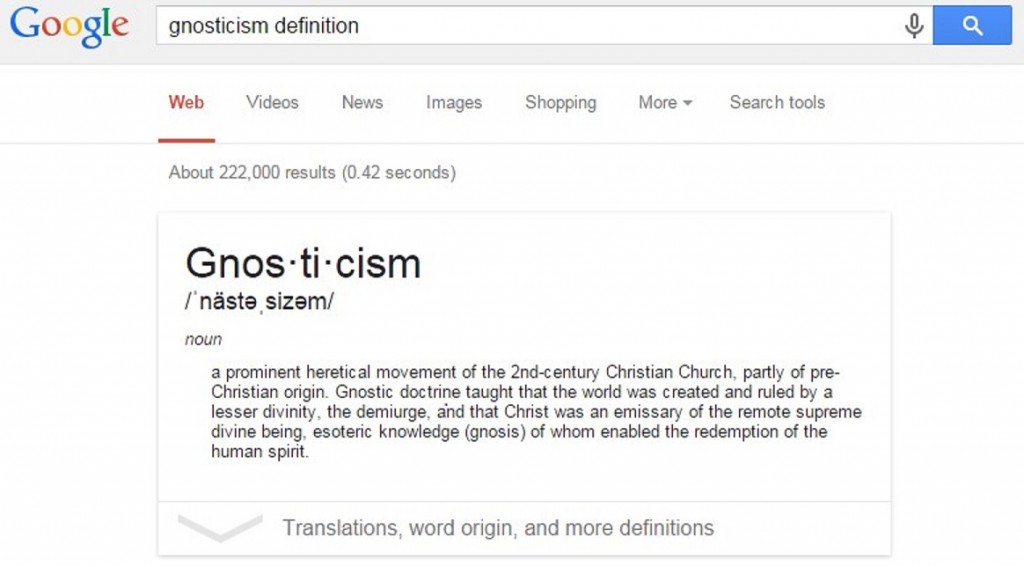 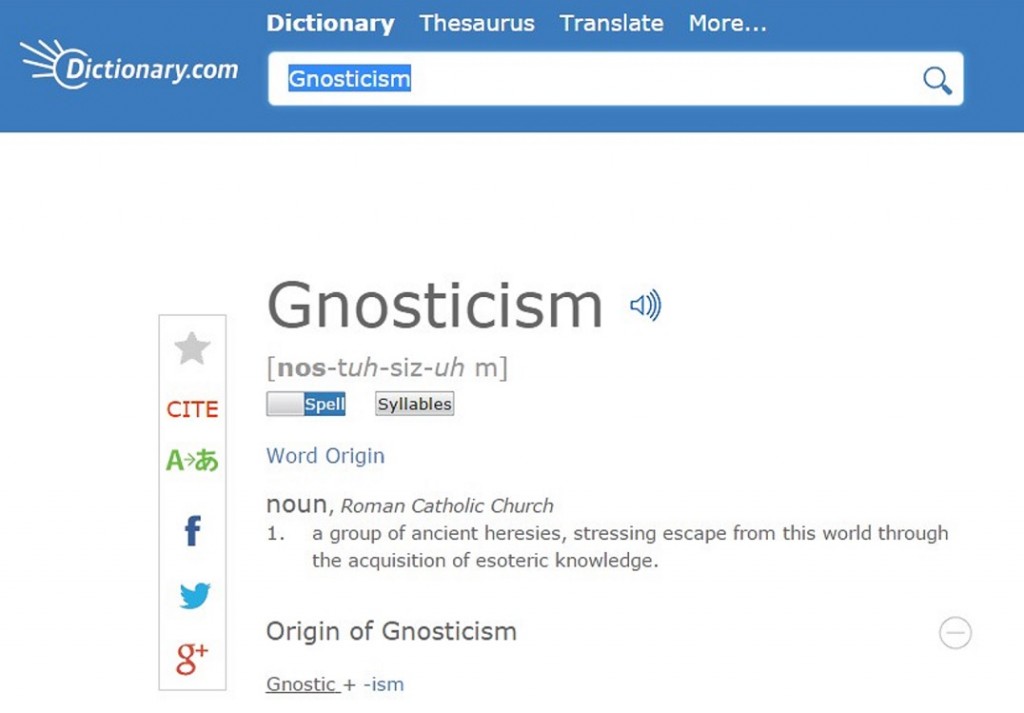 3. Dr. Benjamin Wiker, a Roman Catholic ethicist, provides good overviews of both the 2nd century and modern forms of Gnosticism in this article. While the article carries on at length concerning the modern form (and is worth reading), his definition of the ancient form is succinct:

The heresy of Gnosticism had its origin in paganism but burst into full flower in its disruption of early Christianity. At its heart is a hatred of the material world, in particular, the human body. Gnostics rejected the material world as the evil creation of an inferior Demiurge, the world-making deity that the Gnostic heretics identified with Creator God revealed in the Old Testament. Against the orthodox understanding of the goodness of all creation, they believed that the material world was irredeemable, and therefore that human redemption meant salvation of the immaterial soul — the divine spark—from its imprisonment. (emphasis mine)

4. The Christian Apologetics & Research Ministry (CARM) has a page. Not much difference here:

Gnosticism taught that salvation is achieved through special knowledge (gnosis). This knowledge usually dealt with the individual’s relationship to the transcendent Being.

You can see the opportunity for abuse here: certain individuals possessing special knowledge can abuse anyone’s interest in receiving this knowledge. In contrast, the gospel is free.

Gnosticism is protean. It appears here as an obsession in the difference between body and soul; over there as a fixation on the distinction between the visible and invisible church. These are the two main problems with it in the church today.

Adam did not have a soul breathed into his body by God; he had life breathed into him, and then became a living soul. His personhood was not some laminate of a body and a soul; he was a person and therefore had both. When Christians die, and their bodies decay in the earth while their souls fly to heaven, this is a temporary state, and not glorious. The glorified, permanent state happens when body and soul are reunited after the resurrection.

Likewise, while the distinction between the visible and invisible church is real, it only exists because of human limitations. God knows His bride. He is not double-minded on the one He loves and died for. We must make this distinction because we do not know God’s eternal decrees before they are made manifest at the last day. Unfortunately, an over-reliance on this distinction usually elevates the invisible over the visible, as if the former were more real, and the latter more suspect (see the Gnosticism inherent in that?) As men, we ought to be more humble and realize that the visible/invisible distinction is about our limitations, not any actual division.